Open Letter to the Refugees 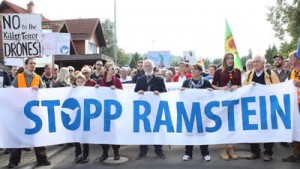 Open Letter to the Refugees

We are writing to you as the Stop Ramstein Campaign, which is directed against the US Air Force base in Ramstein, from where wars of intervention all over the world are launched, and all the US. drone missions are piloted in the final stage to their targets. In this way, we are struggling against NATO and US war policies, but also against the direct and indirect support for them by theGerman government. We know that whoever sends out war and drones will get refugees in return. We know that war and destruction are major causes of people fleeing, and that our government shares the responsibility for this. It is the policy of our country’s government, as well, from which people must flee to save their lives.

We know that you have more urgent and vital things to do. But perhaps you will find the time to read this letter, or have someone translate it for you (we are also trying to get it translated intoArabic, Dari, Pushtu, Romany, Syriac etc.)

We would like to invite you to join with us in preparing and taking part in these actions. We see this invitation as a small act of solidarity with you; we would like to support you. We also want to make clear that the disgusting attacks which you are exposed to from some sections of our population, especially from radical right­wingers and fascists, who have learned nothing from history, do not represent the feelings, the opinions, and the actions of millions of people in our country.

We stand together against those who wage wars and discriminate against you, we stand together for the fundamental human rights that are spelled out in the UN Charter or the Refugee Convention (and in the German constitution, as well).

We would like to express this solidarity, this joint action together with you on 10­12 June 2016 in Ramstein, and invite you to come to Ramstein, to contact us, or invite us to visit you.

Together, we will be able to achieve some things.

You can find further information about us and our activities at: www.ramstein­kampagne.eu.

We look forward to any response from you.